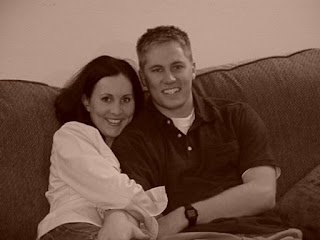 When I was serving my mission in Oregon, I met many people. We had many opportunities to sit down with individuals with questions. Many would ask me "How could God allow bad things to happen to good people?". To me the answer is simple. How could we expect to learn anything if he stopped bad things from happening? But with this I marvel at the trials some people have to go through. I want to tell you about and old friend named Shawn Marti. I'm sure many of you who read this have heard his story and some of you haven't. I wanted to share this because he was a wonderful person who I would like to remember this Memorial Day.

After high school I did what many young LDS kids do. I went to college and enrolled in the LDS Institute and started attending student wards. I made many friends through the years. It was a time I will never forget. After being in the institute for a while I meet a guy that I had seen around recently many times. I think he was a fresh return missionary. His name was Shawn Marti. I remember the first time I saw him how good looking he was. He had Blonde hair and a smile that was irresistible and extremely contagious. You know how some good looking guys are kind of snobby and act like the world revolves around them? Well, Shawn was not one of them. He was definitely good looking, but the nicest guy you would ever meet! Everyone liked him, and he was kind to everyone. The institute had many activities, one of my favorites was the dances. At one of the dances they had a Latin style competition. Shawn was my partner and he was dang good! We came in second place although I think we should have won first. Anyway, he was a blast to be around. He was definitely on my list of wishful guys to date. That never happened, definitely out of my league, but that was ok. He was a good friend. Over a year or so I would see him at his home when he'd have parties. One time we had a big group come to my apartment complex to choreograph a Latin dance routine for another competition. He did a great job in the chirography and was a blast to work with. While I was serving my mission, he got married to an old acquaintance of mine, Natalie Cazier. We used to dance together on a dance team called The Starburst Dance Team. We didn't really know each other well, but I knew who she was. Her father used to be in the Student Stake presidency and played a big role in my activation in church. But that is a whole other story. Anyway, After returning home from my mission, a good friend Josh Campbell wanted to take me to see them. We went to their small apartment in Boise and had a good visit with Shawn and Natalie. I remember that I had some serious pain in my rib cage and was not very good company. I don't remember much of that evening. A few times after that I would see them at various Institute activities. I remember seeing Shawn and Natalie at a dance and she was pregnant with their first baby. She was expressing how excited she was for her baby to be born. I think this was the last time I saw them, because that night I meet Alex and we began our courtship. As we were dating and getting closer, I lost touch with many friends for a while. One month before we were to be married I got a call at work from my sister Melissa telling me that there had been a bad accident the night before, and that Shawn and his five month old baby girl Sage had passed away, and that Natalie was in the hospital in critical condition. I will never forget that sinking feeling. It will haunt me forever. I have never lost

anyone I had known personally. It was hard to take in and I instantly began praying for Natalie. I couldn't imagine having to live with the loss she would face. I think of this tragedy often. I remember all the good times and feel so blessed to have had a glimpse into Shawn's life. He was an amazing person. I attended the viewing and the funeral. Natalie was in a coma and was not able to be there, but it was a beautiful service. There were thousands in attendance. I wanted so bad to share my condolences, but I was one in many, so I just sat silently remembering the good times. It is five years later and Natalie is doing well. I can't believe her strength! How grateful I am for eternal families. I know that Natalie will be with Shawn and Sage again. I am grateful for my own temple marriage and the promise that if we are true and faithful that we too will get to enjoy the blessings of an eternal family. Here is a recent add taken from the Idaho Statesman written this last March.

Natalie Marti long ago forgave the man who killed her husband, Shawn, and their 5-month-old baby, Sage.
But she doesn't want anyone to forget the lesson of Feb. 27, 2003, when a drunk driver going 100 mph the wrong way on Interstate 84 crashed head-on into the Marti family car.
"This wasn't an accident," Marti said this week, as Wednesday's five-year anniversary of the crash approached. "This was a choice."
There were 106 alcohol-related traffic crash fatalities in Idaho in 2006, the last year state data is available. That number was up 19 percent from the year before, but less than in 2000 and 2003. Drunken driving deaths in the United States hover near 17,500 a year, down significantly from more than 25,000 in the early 1980s.
But the behavior continues. In Boise alone in 2007, there were more than 2,000 DUI arrests. Ada County made 472 DUI arrests.
"Every time we take one off the street, that means someone doesn't get in a fatal crash," said Ada County Sheriff Sgt. Mike Rossi. "You can't stop trying because it's frustrating. And you can't ever think you've solved the problem. Alcohol and driving - it's socially acceptable and readily available."
That social acceptability is what Marti continues to combat.
She speaks to school classes and other groups about the crash that changed her life - she's given, she estimates, more than 1,000 presentations since 2003.
It has been therapeutic, she said, and she hopes it has prevented other fatal crashes.
She used to be timid about speaking in front of groups, but that changed.
"I would love to be a public speaker, not just talking about drunk driving but death, forgiveness, turning to God," said Marti, who holds an associate's degree from Ricks College.
She's now majoring in communications at Boise State University.
The 28-year-old, who has a small hair studio attached to her Meridian home, said she is doing very well physically and emotionally - despite the life-threatening injuries that could have killed her instead of putting her in a coma for several weeks.
"I can't tell you why I'm here," she said. "All I've done is decided, 'What kind of life do you want to have - a depressed life or a happy life?' "
The man who hit the Martis, Edgar Vasquez-Hernandez, must serve another eight years of his 40-year prison sentence before he is eligible for parole. He was an undocumented immigrant, and that sparked some to use the wreck to argue for tougher immigration laws. Proponents of allowing all immigrants to get driver's licenses say offering more people legal licenses would mean fewer uninsured drivers on the road.
In the crash, Marti suffered traumatic injuries to her brain; it bled and swelled. She broke numerous bones, including her neck, nose, hand and fingers.
Each morning and evening now, she wears special weights on her head and shoulders to help balance and straighten her out.
"Ninety-nine percent of the time, I can't tell (the crash occurred). I hardly ever get sick. Physically, I'm awesome," Marti said.
The brain trauma has caused some lingering memory issues, slowing her progress toward getting her degree from BSU. She failed a semester and decided to cut back from three classes to one.
"It's gotten better," said BSU student Katy Davies, 22, Marti's friend and former roommate. "There have been such dramatic improvements over the past three years."
At one point, Marti had to be introduced four times to one of Davies' friends before she could remember him.
Marti said she's never been angry about the crash that claimed her family, a fact she attributes, in part, to her strong faith in God. She is a member of The Church of Jesus Christ of Latter-day Saints.
"I'll be with my family again," she said. "I think about Shawn and Sage every day. I talk to Shawn every day. He'll always be a part of my life."
She saw a counselor last summer to help deal with the confusion and mixed emotions she had about dating again. Since then, she has embraced a new man in her life - one who brings a smile to her face.
"I'm in a great place," she said. "I'm very happy."
Posted by Anna Beal at 5:58 PM