What do you do when you don't have enough money left over to buy Food Storage? I say, do what you can when you can. Over time I've been saving up our Apple Juice containers to store water in. I finally broke down the other day and began boiling water......and boiling....and boiling 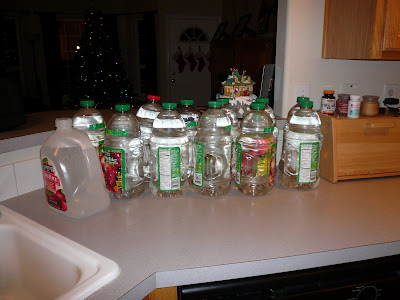 .....and boiling....and boiling. This here is my ONE and only pot. It boils just enough water to fill one of those smaller apple juice containers. I learned from my mom, who learned from her mom, that these heavy duty plastic containers have the ability to re-seal "One More Time". So instead of sending those nice plastic containers off to the dump, you can rinse and clean them after being used, boil water, fill it up, seal it tight...and whala! Water Storage! 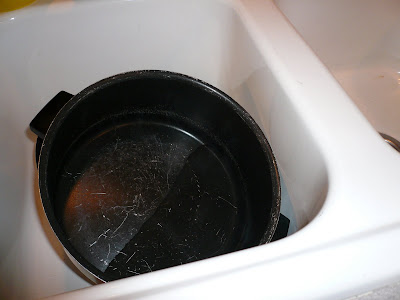 We don't go through Apple Juice quickly, my girls only get one glass a day....if that. So these have been saved over time. We store them in our garage, that just seems to be the best place for now. We haven't collected much as far as food storage goes, but we do have a bucket of wheat and a wheat grinder. Some bags of beans, and rice, and WATER. That's about it. We want to do so much more. My Mom and Grandma are great examples of this, it is just something that will take us quite some time to accomplish. 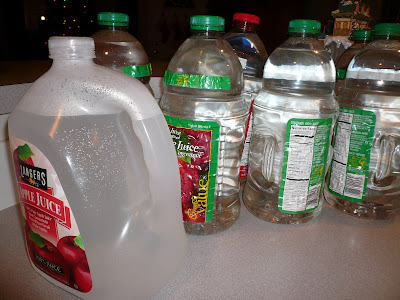