If you know Alex and I, you should know that we love the outdoors! Especially when it comes to camping and boating. I will admit though, since I've had kids, I don't love "braving the elements" in a tent. I prefer the comforts of a camper (which we do not have). I rest much easier knowing my kids aren't freezing their rears off or cooking in the daytime heat. Anyway, boating is one of those things we love most. Of course with the "kids thing", it isn't something we can just up and do whenever we want. There has to be more adults to help make sure kids don't drown. Anyhow, yesterday we took our first trip to the lake for the summer. 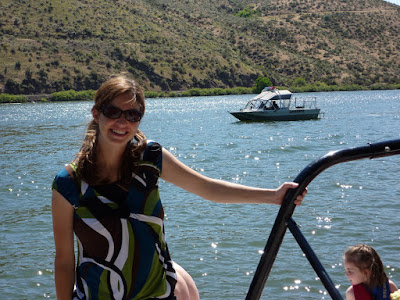 We usually go to Black Canyon because its just a half hour from my parents house. 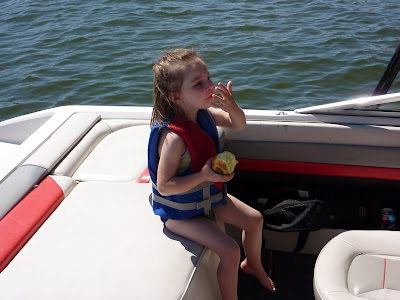 We all had a great time! I wish I would've taken pictures of Alex and my Brother David wake boarding, but I left the camera on shore. 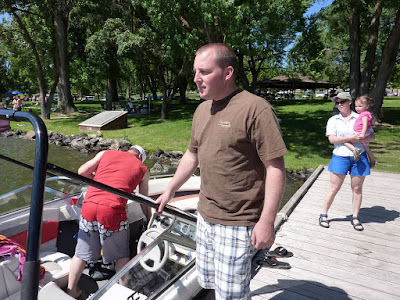 I managed to get some pictures before we loaded up to come home. 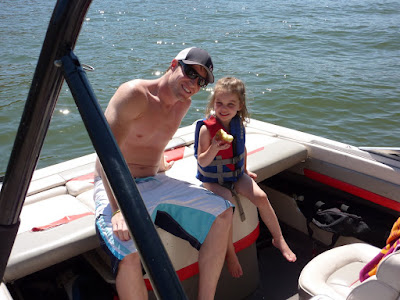 The park there is Awesome!! Tons of shade! A little sandy beach for the kids. Horseshoe pits. A volley ball pit. Bathrooms. Picnic tables and docks right there where you hook up the boat. I could literally spend the whole day there just lounging, boating, and eating. I wasn't able to get in the water yet. I still have about a week and a half before I can do anything like that, but it was a good time anyway. 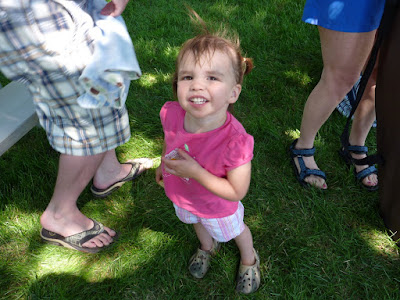 So folks, if you want to come wake boarding and skiing with us, we'd love to have some friends along. Like I said, we can't go just ourselves. We have until school starts (when Alex goes back to work). 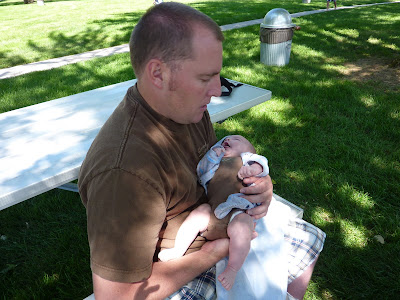 So Logan is now a Month Old! I can't believe how the time flies. He eats like a pig. He's just starting to make cute baby talk. Mostly he just eats, sleeps, and poos. We love him to pieces. I think he's a little duplicate of Alex. He has been a fairly easy baby so far. He doesn't love to be held. He prefers just being put down on his back. When he's tired he loves his tummy or being swaddled. He is starting to sleep a five hour stretch at night but doesn't go down until 11 or 12 midnight, so we haven't been going to bed early at all. Here is a little video I took the other day.
Posted by Anna Beal at 5:24 PM