Lexi Is One Week Old

Can I just say, I LOVE having her here! You always forget how small and helpless they are. When I came home from the hospital I saw my one year old Logan and thought he had suddenly grown five feet! He is a huge chunk and Lexi is so tiny. I am trying to just eat up every minute of it. It gets a little challenging with three other tornadoes running around.

She is such a good little baby girl. I can honestly say I don't really know what her cry sounds like. About every three to four hours she'll start stirring and grunting and I feed her. That's about it. The girls love her...Logan doesn't really care although he loves giving her kisses. She eats really well. I am bottle feeding her and she does great. Nights are ok. Of course she is only one week old, so again she still eats every three to four hours.

As far as looks go, I'm gonna have to say she most resembles Mycah with the exception of a few things. Lexi has NO eyebrows. Her right ear is smashed. She has less hair on top than Mycah did. So we will see.

All is well at home, although we are going through a HUGE adjustment. Alex is back to work officially next week. Dejah is going to school a week later. Mycah is going to have to learn to be the "big girl" while Dejah is gone. Logan is having to learn that he is not the baby. Me, I just need to heal quickly so that I can catch up.
That's it for today. 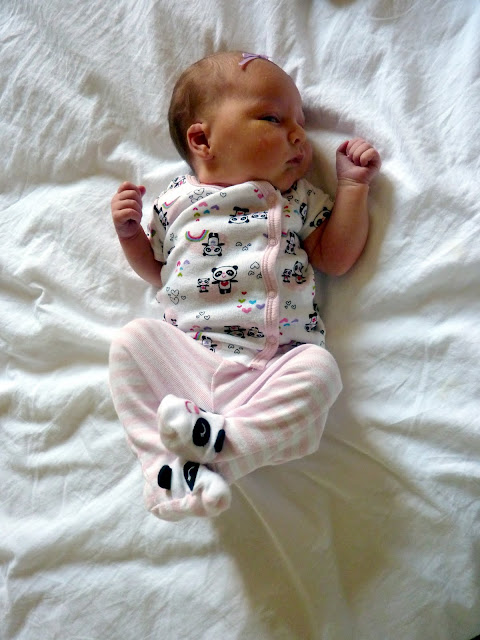 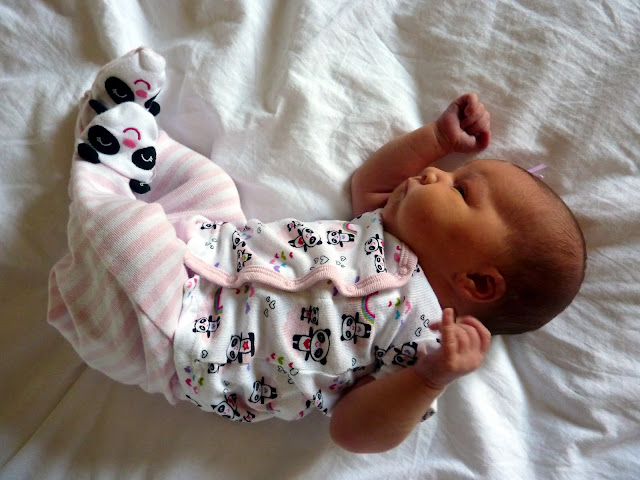 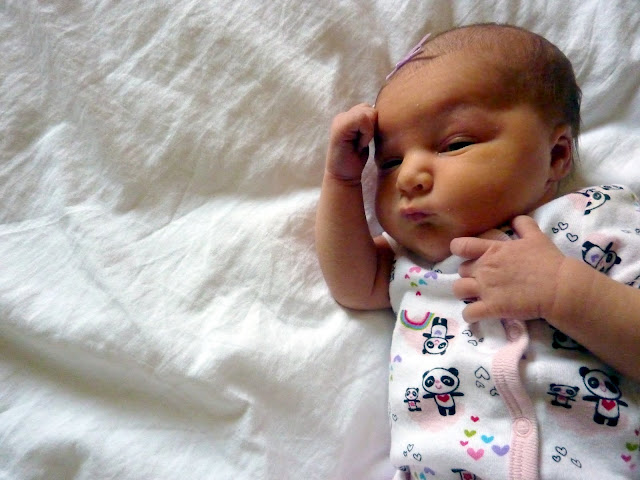 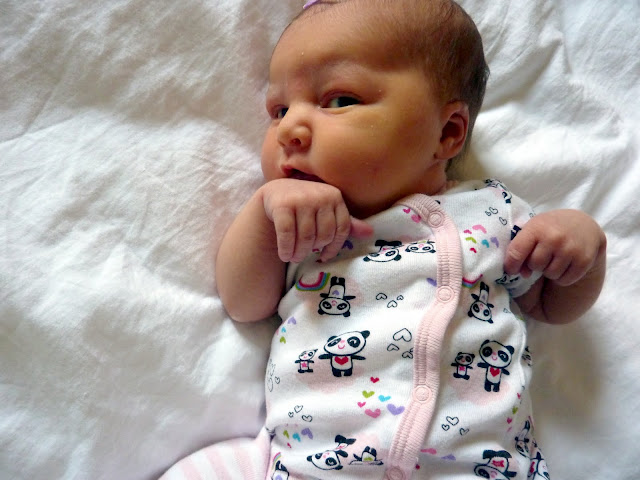