We have had quite the week around here! Christmas break is over and Alex is back to work. To top it off, the little ones have gotten some dumb sickness again. Fevers, head congestion, runny noses, stuffy noses, no appetite, lots of sleeping (except at night) and LOTS of fussing. Alex and I both have been feeling a little under the weather too. So anyway, Thursday night I got to get out for a couple hours with my friend Tiffany. That SAVED me from a couple hours of insanity. Poor Alex got stuck with the kids though. He ended up cleaning puke, spit up, a wet bed, laundry, and kitchen. He bathed the kids and while he was at it he noticed THIS on Mycah. 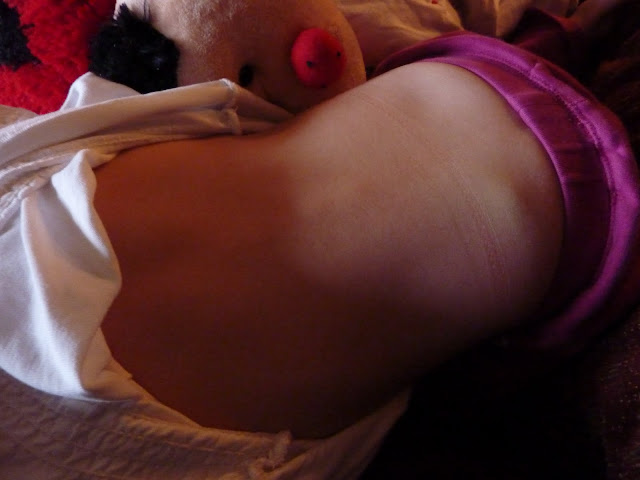 Here it is again. Its almost like a cyst. But I'm no Dr. so I don't even know. It is hard like a bone, but moves around when you push on it. Would something like that happen from getting hit in that spot? I mean she is a bit accident prone. Anyway, I thought I'd give it a week to see if there is any change. If not I'll take her in. She has complained about it a little, but I think that's because we've pointed it out. 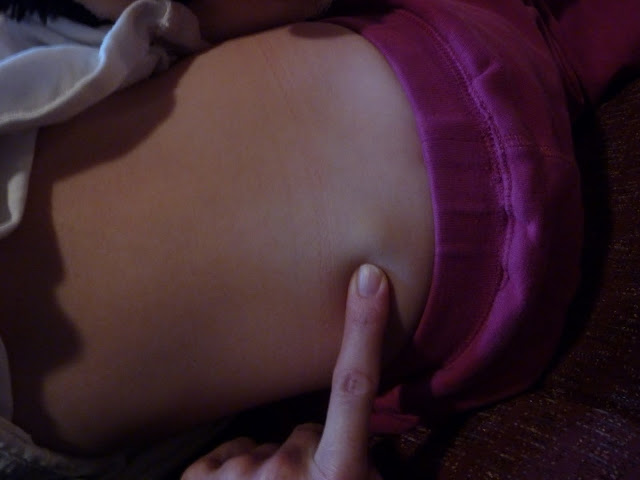 Anyway. I have had cysts removed on me, but how would a small child get one?
Posted by Anna Beal at 4:14 PM