Sometimes there are days when I insist that Mycah gets a nap. We've been so lazy with it this summer. So when we are home, I usually enjoy the time so much I let her sleep way too long. Anyway, when this happens, she is a pill getting to bed at night. I don't feel that 9 or 9:30 is unreasonable, but when my two year old is well rested, she really fights it. The other night was one of those nights. She got a two hour nap in the day, and at bed time she just wouldn't go down. I think I put her back about five times already. Alex went into the kitchen to get something, and sitting there on the couch, with the glow of the computer screen behind her, was my little Mycah. She was sitting there with the arm rest behind her back, with her knees propped up, and with a book on her lap. She was turning the pages of Cinderella looking at the pictures so innocently like she was doing nothing wrong. It was such a precious moment. Alex couldn't bring himself to scold her and gave her a kiss instead. I ended up reading her a few books. Add to that a half of a banana, she finally stayed in bed at 10:30. Don't you love kids? Well, here are a few things about mine. 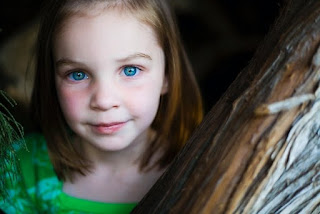 Dejah: She is a Socialite! The girl could party with friends from sun up to sun down every day of the week. She is very girly and has to wear a dress everyday. If it weren't for me, she would never wear pants. And any opportunity to have painted nails and makeup is a glorious one. She hates tight clothing. If its tight she'll have a fit. She finds it necessary to stretch her underwear until they are loose and "comfy". Dejah is a sweetheart. She is sensitive and tender hearted. She would never intend to hurt anyone, and when scolded she easily breaks into tears. She is very observant. When she was a baby, she would always stare at your face. I think that is why she learned to talk so early. She watches your every move and wants to do things herself. She is a picky eater and lives on PB&J's. She LOVES them! She is a very happy girl. We love her beaming blue eyes and her silly laugh. 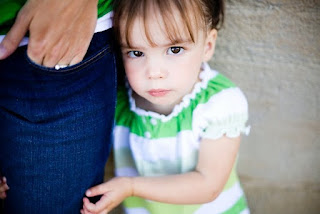 Mycah: Firecracker! Watch out for that two year old! Don't let that toothy grin fool you, she has another side to her. On one hand she can be so lovable. She is definitely the cuddler of the bunch. She loves to be held and snuggled, especially by her Daddy. She will calm down for him when I can't even reason with her. She also loves to wrestle around with him. She is an independent spirit. When she's made up her mind, it is MADE UP. If she doesn't want a certain food, forget even trying, it will just get spit out and she'll go hungry. For the most part, she is not a picky eater. When there is food around, Mycah is there eating it. She'll try anything at least once. Unlike her big sister, Mycah is not a social bug. She loves to play with Dejah, but when there are kids around, Mycah tends to stick with the boring adults. She becomes a little shadow and tends to be shy. Now on the other side of things, if Mycah is in one of her "moods", she will have no problem hitting or throwing things. This usually happens when she is tired or hungry. But two year olds can be unpredictable, and moods can change quickly. I have a feeling that when she gets a little older she'll be able to stand up to anyone. She is so independent, and wants to do everything herself. She is beautiful, and we love her to pieces.

Logan: Still a baby, and still learning his personality. I will say though, the kid could out eat any 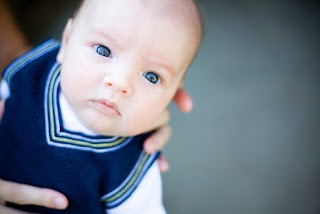 newborn. When I pick him up to feed him, he will smack his lips together until that bottle goes into his mouth. He doesn't like Daddy to feed him, but will burp better for him than me. Its a nice switch off. He loves being swaddled or sleeping on his tummy. He's not big on exposure and likes a soft blanket against his cheek. He HATES having his clothes changed! He'll cry about it almost every time. He's not very observant of faces. He would rather look around at everything else. Logan would rather be lying down than held. He's a little chunk and we can't wait to see what this boy has in store for us.
Posted by Anna Beal at 9:30 AM