Oh yes he is. This last week for some reason has been and awaking for me. I've realized that I have one serious Mama's boy. Since he is now crawling, he can officially "hunt me down"....and HE DOES! I wish I could say it is with a happy face, but alas, it is usually with tears running down his little fat cheeks. He will crawl all the way into my bedroom, bathroom, kitchen...or wherever I am, and he comes right up to me whining, then he throws himself into a backward arch, and looks right and me and goes into a full blown cry? I thought his sister Mycah could beat any kid at the loud pitch cry, he has proven that he is every bit as capable as his sister. Now in order for me to be a "good" mom, I try not to encourage this behavior by just picking him up. But, when I don't, he uses his new skill of standing by pulling himself up on my legs and holding on. This makes walking impossible. He is pretty content with Daddy, but.....when I walk in the room....his little lip pokes right out and you know he's gearin' up to cry for mommy. Oh whats a mom to do? 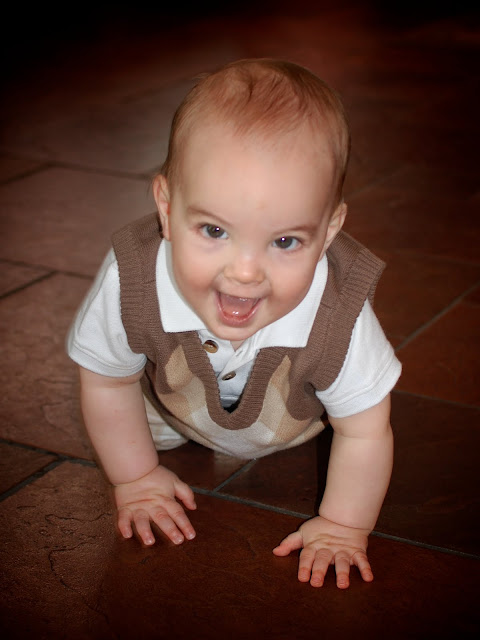 Logan is 10 1/2 months old now, and here are some things about my little guy: 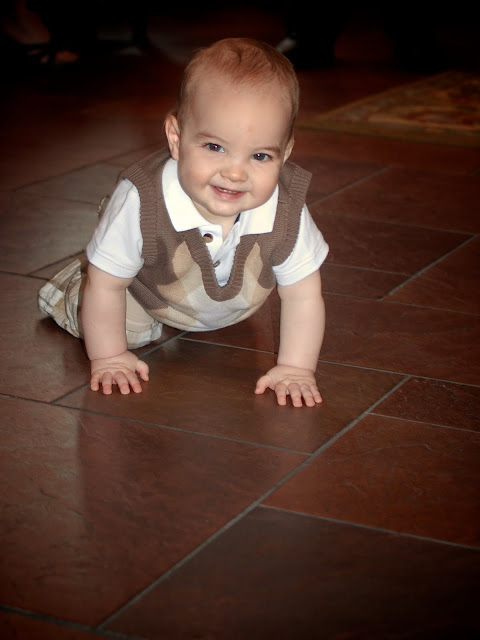 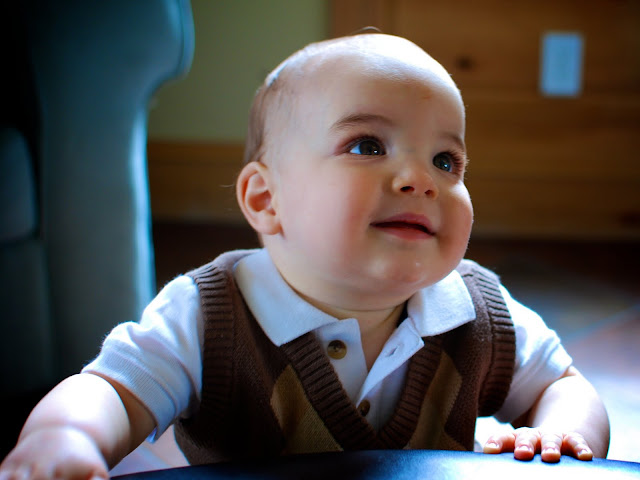 He has two teeth on the bottom. He is crawling, and walking along furniture. He loves real food! He loves playing with his Sisters if they'll let him. Dejah is usually the most loving to him, Mycah tends to be the bully and plays rough. He doesn't really like that. He LOVES back rubs. It is the one thing I'm sure will calm him. He has the fattest little thighs and feet. He definitely got my brown eyes and he is just as bald as his sisters were. He loves it when I play with him. He squawks all the time saying "Da Da Da..Da". He hates sippy cups, but loves it if you give him something from a straw or real cup. He's obsessed with the broom. Whenever the pantry is open, it is the first yucky thing he goes for. He loves to get out. If Logan is having a "meltdown", I can calm him by taking him somewhere. He is still a terrible sleeper, I'm not sure what I'm going to do when baby Four comes. Literally he wakes up squawking or crying every night. Last night he cried for at least a couple hours on three separate occasions. Anyway, I love my boy! I'm so glad to have him. 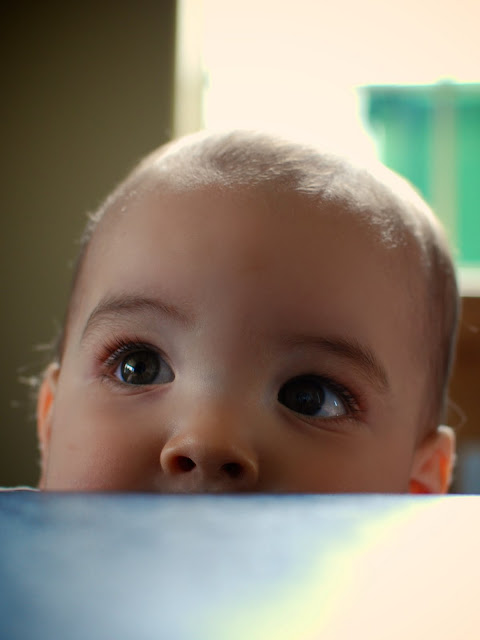