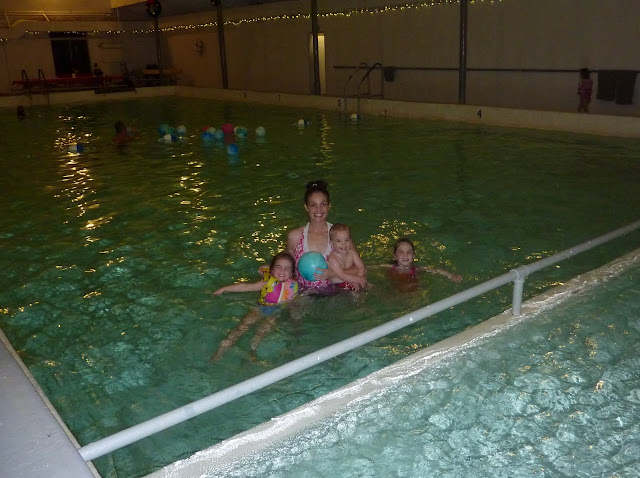 So when Alex's sister Mitzi called to see if we wanted to go out to Given's Hot Springs, we were more than happy to join in. We've actually gone there quite a bit. It is only a half hour away. We picked up some Subway sandwiches and large drinks and headed out. The kids have such a fun time because there is a kid area and tons of balls to throw around. 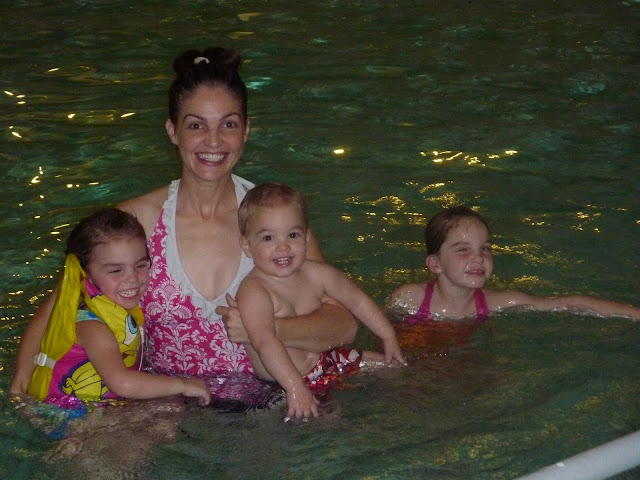 I even got Lexi suited up for the last part of it. Its pretty hard to get a picture with all of us in the pool when there is a baby in each arm. 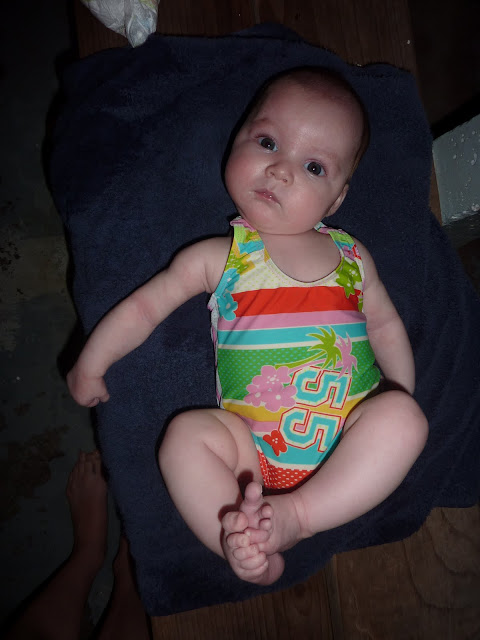 This is Scott (Mitzi's Husband), and their baby Gabby with Mycah. 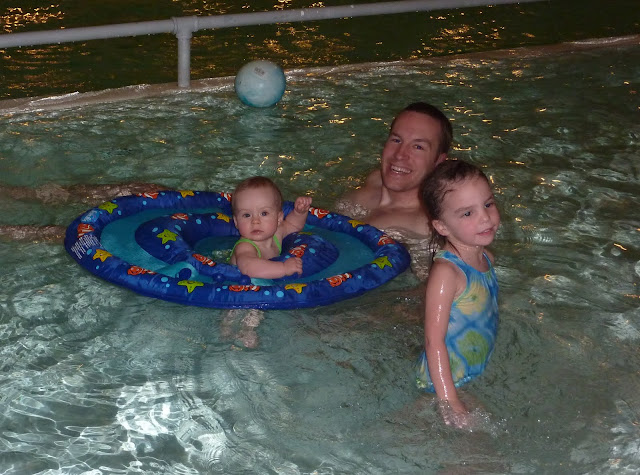 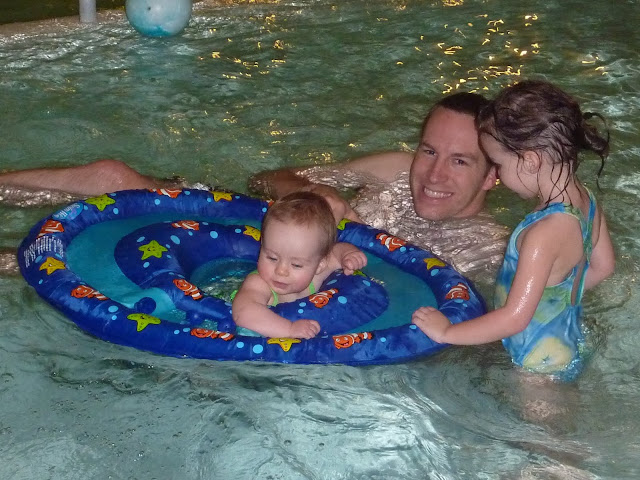 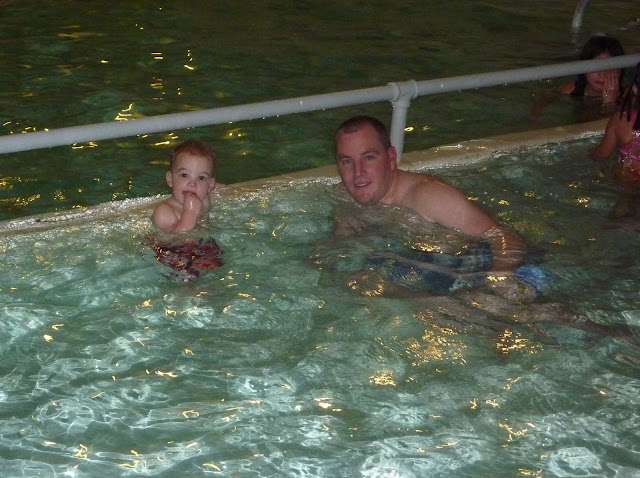 Logan is the funniest kid ever. He doesn't want anyone touching him. If you do he throws a screaming fit. Of course he falls and you have to rescue him. So one of us always has to be on his tail following him around. When he wants to go to the deep side he doesn't understand that he has to be held or in a float device. Not a good idea to take him over there because he just gets mad. 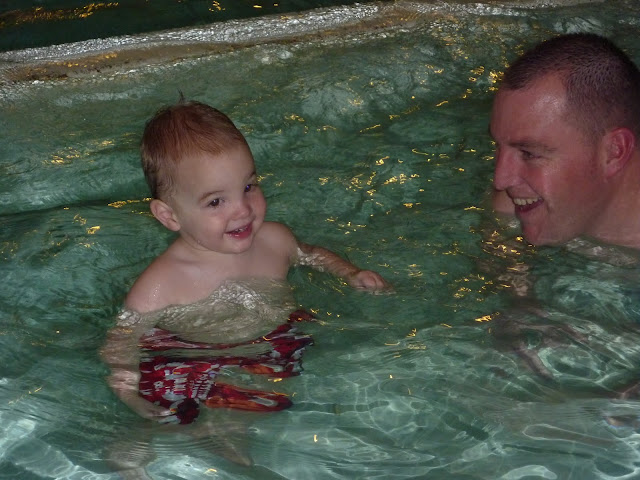 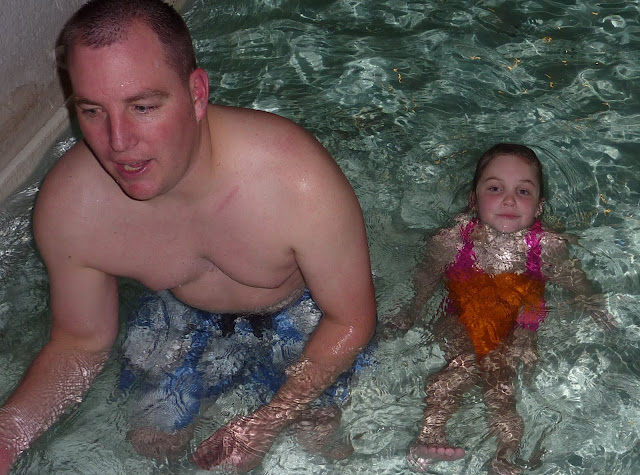 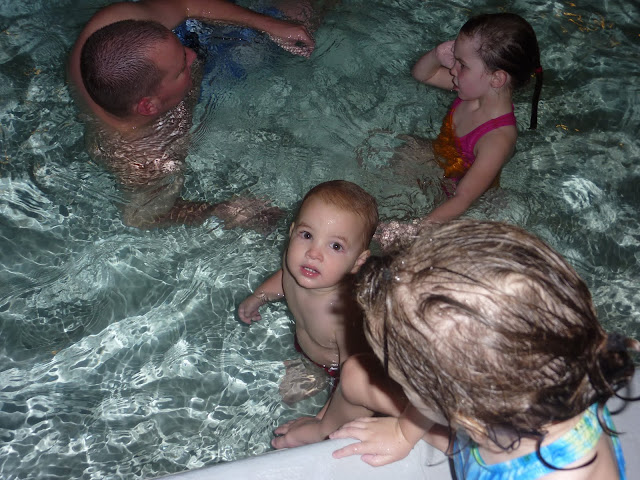