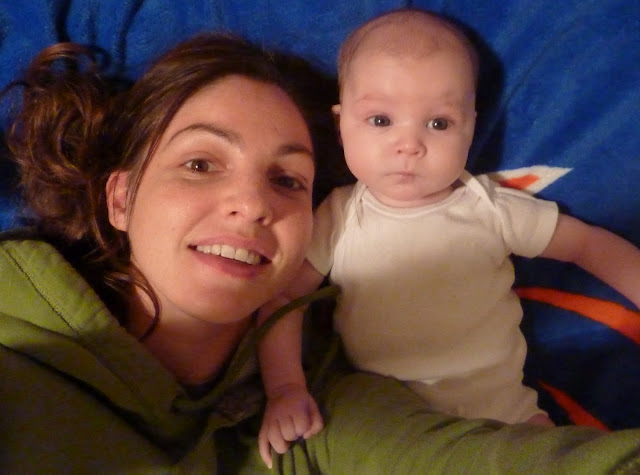 Well, there she is...my little "Cheeks McGavin". Don't know where I came up with that one, but that's the name I think of when I see those round luscious things. Lexi is my Angel! She was truly sent to me from above. I have FEW complaints when it comes to her. So heres the MAIN ONE:
Nights! I mean the girl still insists on taking a bottle every three hours! So you would think that she would give me a 10 to 12 hour night right? If you want to bore yourself here are the details:

(She'll take her last bottle around 9:30 or 10. She always wakes up around 2 or 3, I give her the binkie. Then around 4 or 5 she insists on a bottle. Somewhere between 7 and 8 in the morning she is up and ready for more.)

She is getting PLENTY of sleep! ME however?? Every time she wakes up I get a quick shot of adrenalin..just enough to keep me awake for at least an hour! Not so good around 4 or 5 in the morning because all the other kids are up around 7!

She is almost 5 months old. She is starting to "talk", smile, and giggle. She DOES NOT like rice cereal. Not even with applesauce in it. She still LOVES sleeping! She wants to be swaddled up with something soft on her face. She also Loves her binki when she sleeps. She also doesn't like to be on her tummy, but she loves sitting in the bumbo while I'm doing stuff in the kitchen. She is finding her hand, so when it makes its way to her mouth she manages to stuff her whole fist right in! 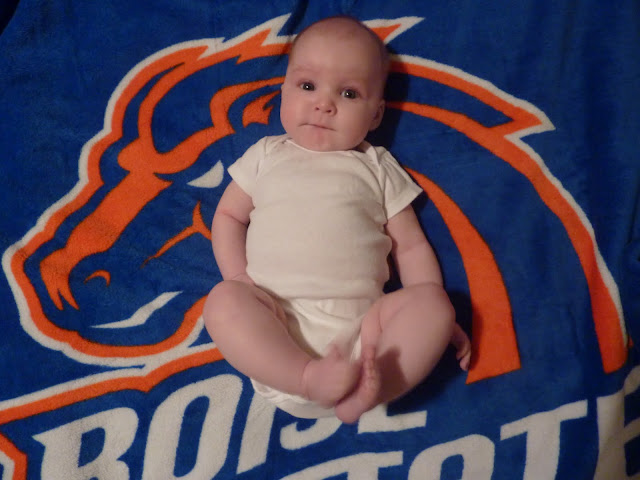 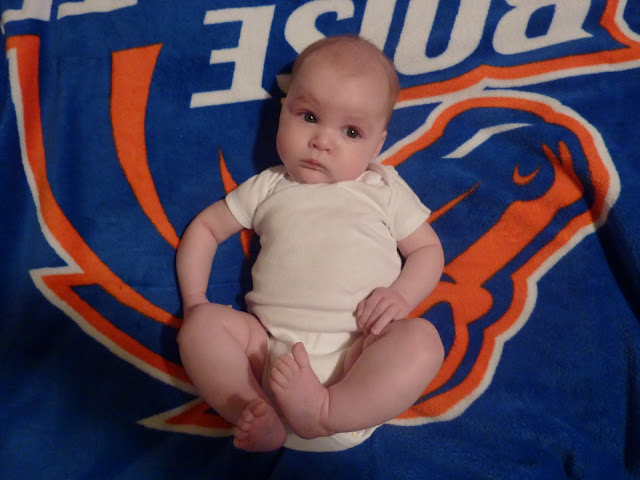