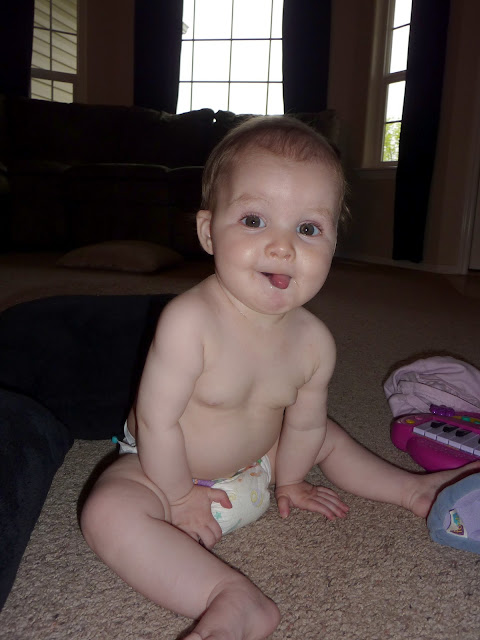 I can't believe it!  My little Lexi is now 9 months old!  A few weeks ago she FINALLY started sleeping through the night without a bottle.  Now my only thing with her is that dumb binki.  She actually does fine without it....UNLESS she wants to go to sleep.  So I'm a little torn because the only time I have a problem with it is when she wakes up at 5:30 in the morning and I have to get up and put it back in her mouth.
She is doing pretty good on her tummy.   She'll kinda scoot around.  No crawling though.  She is also just starting to sit up without help, but I need to keep pillows behind her because she eventually falls over.  I've noticed she is definitely behind my other kids at this age.  My guess its because she is the youngest.  She gets carried and held quite a bit.  I was really late about putting her on the floor because Logan would run over her with his toys or trip over her while running around.  Anyway, I'm not too worried.  She's my baby, and I like it!  She is still the sweetest...low maintenance thing you'll ever meet.  Lover HER! 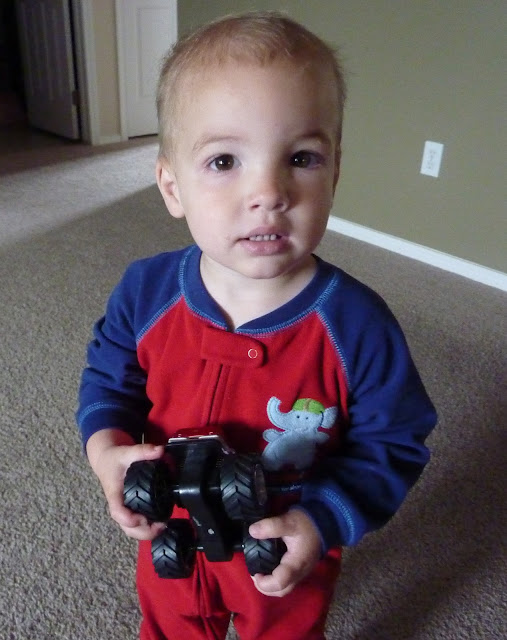 Logan is going to be TWO at the end of this month!  He is quite the handful.  I'm still trying to decide if its his personality or his age.  Either way, he wants to be entertained around the clock.  He used to be a GREAT eater, now...not so much.  He will usually take a couple bites and then decide he's done (unless its a sugary treat of course).  He still takes a good two hour nap in the day which SAVES me.  I try to make him and Lexi get one around the same time so that I can get some kind of a break in the day.  Logan LOVES LOVES LOVES the outdoors!  He loves bike rides.  The stroller.  All of it!  He will be a really fun buddy for Alex when he gets older because they are both really alike in that way.  He is ALL boy.  Anything that drives, flies, or goes choo choo he is completely fascinated with.  Its so funny!  And finally his newest accomplishment.....he will sit and watch some TV or part of a Movie!  Hallelujah! 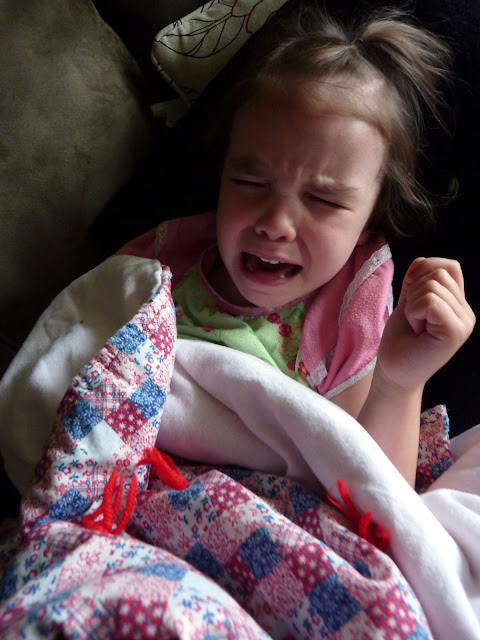 Oh Mycah.  Where to begin.  This picture could pretty much sum it up.  EMOTIONAL! WRECK!  If this is a glimpse of how she will be as a teenager...I'm thinking I need to start saving up on Lexapro, Cymbalta, Xanax, Zoloft, Effexor, Prozac, Paxil, Celexa, Valium......etc.. etc...

She is Four years old.  Honestly, she has come out of her terrible two stage pretty well.  She is just very strong-willed.  When she doesn't get her way, she loses her cool.  I'm not quite sure how to fix her "reactions".

She is our cuddly one.  She also LOVES to have someone read to her.  She is slowly starting to become more social.  She still has her moments though when she will just want to sit around with the adults, or go play by herself.
At night she still has to wear a diaper.  I guess she's just not ready because she will wake up wet almost every morning.  So, only time will tell on that.  Dejah was never that way, so I'm not sure if there is something...I....can do, or if its something she just needs to grow out of.  Mycah is a homebody.  She is also the type who would prefer to lay by the pool rather than play in the pool.  Its kind of funny. 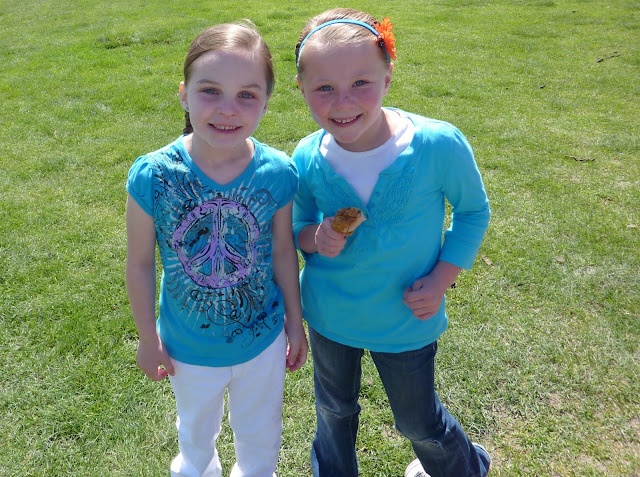 (on the left) Dejah my little social animal!  She will be Seven in a few months.  Her second round of Kindergarten will be over next week and she will be finally moving on to first grade.  She is my saving grace.  I couldn't do all these other kids without her help.  She is obedient.  She is kind.  And I have to be careful about yelling at her because she usually doesn't deserve it, and it really hurts her feelings.  She is so social, she would seriously choose to play with friends all day every day if she could.  She also LOVES the outdoors!  She loves to be active.  Also a great buddy for Alex.
Posted by Anna Beal at 9:45 AM